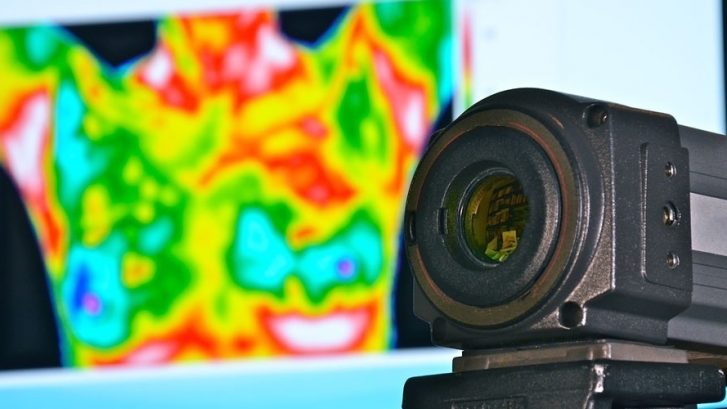 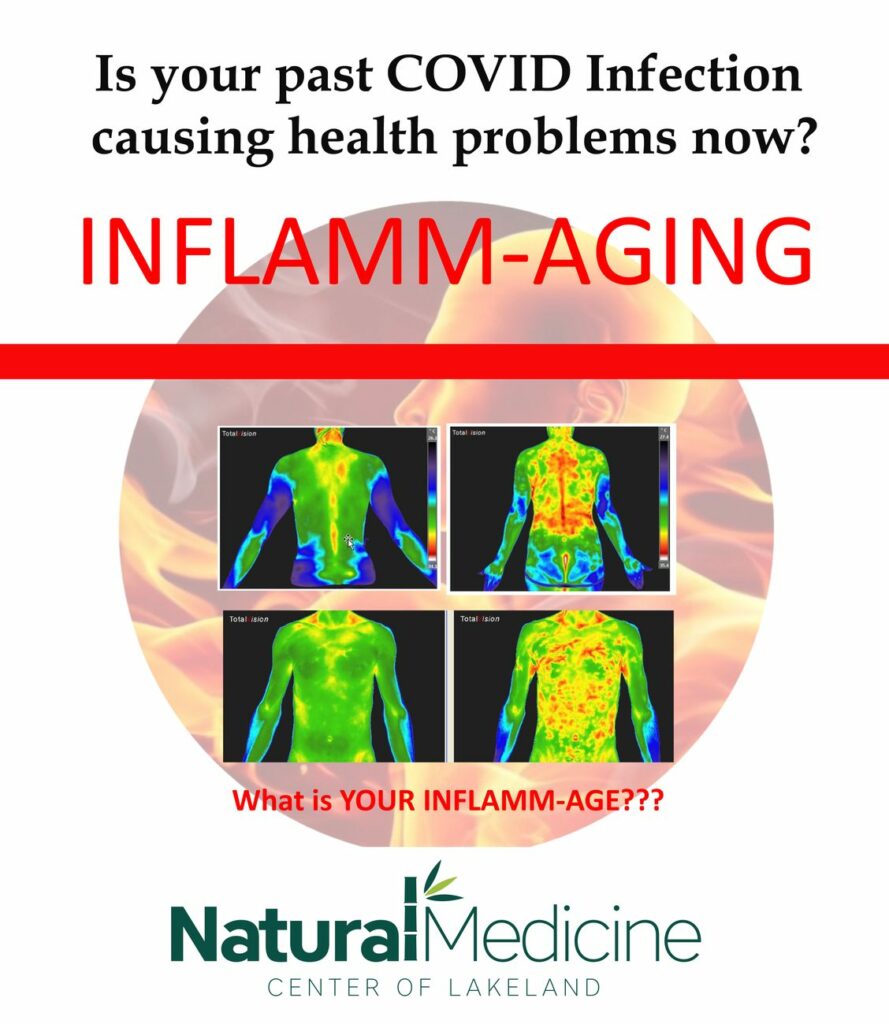 Darla Fleche, has been a clinical thermographer at Natural Medicine Center since 2015. Darla reports that in her practice, she is seeing a lot of patients who have recovered from COVID but now have new health challenges that have emerged after their infections.

‘COVID seems to affect everyone a little differently. Some examples of post covid symptoms we have seen a lot of are: hair loss, GERD, cognitive issues, fatigue, respiratory issues or a generally low immune system.’ Says Darla.

‘With thermography, we can see where in your body, you may be struggling with inflammation after your COVID infection. This is valuable to you! Inflammation is the first stage of disease. We can help you target that region and nip that inflammation in the bud before in progresses into a bigger problem. We can help you inflamm-age gracefully! :)’

The Natural Medicine Center also has many powerful *natural wellness* tools to help you rid your body of inflammation after it is detected with thermography! 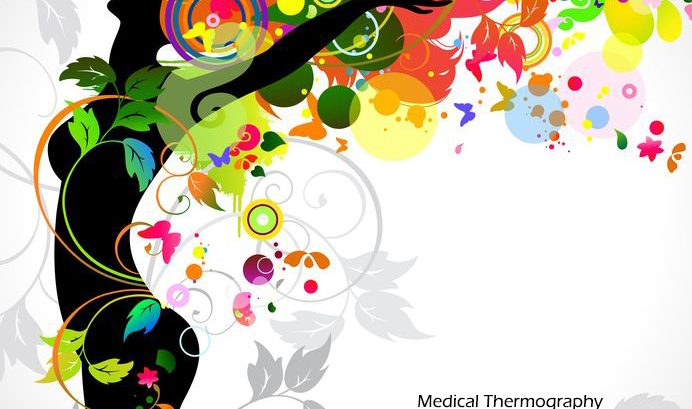 Every year October is a month that we dedicate to ‘Breast Health Awareness’. We invite you to celebrate this with us at The Natural Medicine Center of Lakeland. Thermography is a great place to start with any holistic healthcare agenda because thermography is a discovery tool. It is a radiation free/ noninvasive way to look inside your body. Through this infrared medical technology we can detect unusual heat patterns that suggest healing problems, inflammation or nerve issues.

Thermography is more popular and researched with breast imaging than any other region of the body. During your 30 minute imaging appointment, thermographic images will detect breast abnormalities, general inflammation, and hormonal imbalances. Because thermography can detect these challenges up to 7 years before symptoms occur, you are serving yourself by using thermography as a risk indicator (before symptoms occur).

With this annual *risk indicator* visit, you are allowing yourself the time you need to heal and eliminate toxins that may be present before they manifest into a serious healing crisis. If you have symptoms, we urge you to get started with your breast health plan today.

Younger women will benefit from *risk indicator* visits as well. Fibroglandular and dense breast tissue is unique to each women and can be observed thermally in women from at least 20 years of age. This annual thermography appointment will serve women as young as 20 years old, by informing them of their individual risk, hormonal issues, and toxic load. From there, the Natural Medicine Center will provide expert advice and guidance in creating an effective and supportive care plan. In honor of breast health awareness month, we would like to offer you $20 off breast scans through November 30. This visit still ncludes your imaging, your official report and a follow up visit with our Doctor. At the follow up visit we will review your MD interpreted imaging report and create a wellness plan. The Natural Medicine Center has so much more to offer you after your thermography appointment. We provide an herbal pharmacy, infrared sauna, PEMF therapy, IV therapy, hormone testing, and prescriptive authority to support your breast health.

As with any technology, as time progresses better thermography cameras and software is developed increasing the detection ability and resolution thus making evaluating the images more precise.  As early as 1976, at the Third International Symposium on Detection and Prevention of Cancer in New York, thermography was established by consensus as the highest risk indicator for the possibility of the presence of an undetected breast cancer.  It also has been shown to predict subsequent occurrences [1-3]. The Wisconsin Breast Cancer Detection Foundation presented a summary of its findings in this area, which has remained undisputed [4]. This, combined with other reports, has undeniably vouched that thermography is the highest risk indicator for the future development of breast cancer and is 10 times effective where there is a family history of the disease [5].  This additional effectiveness is in great part due to patients being aware of their predisposition and proactively obtaining screening.  Thermography is an ideal choice with no pain and no radiation in where frequent screening by other methods could result in radiation overexposure.

A 10,000 women study by Gautherie found that, when applied to asymptomatic women, thermography was very useful in assessing the risk of cancer by dividing patients into low- and high-risk categories. This was based on an objective evaluation of each patient’s thermograms using an improved reading protocol that incorporated 20 thermopathological factors [6].

Therograph Screening indicating the possibility of Fibrocystic BreastFrom a patient base of 58,000 women screened with thermography, Gros and associates followed 1,527 patients with initially healthy breasts and abnormal thermograms for 12 years. Of this group, 40% developed malignancies within 5 years. The study concluded that “an abnormal thermogram is the single most important marker of high risk for the future development of breast cancer” [7].

Spitalier and associates followed 1,416 patients with isolated abnormal breast thermograms. It was found that a persistently abnormal thermogram, as an isolated phenomenon, is associated with an actuarial breast cancer risk of 26% at 5 years. Within this study, 165 patients with non-palpable cancers were observed. In 53% of these patients, thermography was the only test which was positive at the time of initial evaluation. It was concluded that: (1) A persistently abnormal thermogram, even in the absence of any other sign of malignancy, is associated with a high risk of developing cancer, (2) This isolated abnormal also carries with it a high risk of developing interval cancer, and as such the patient should be examined more frequently than the customary 12 months, (3) Most patients diagnosed as having minimal breast cancer have abnormal thermograms as the first warning sign [8-9].