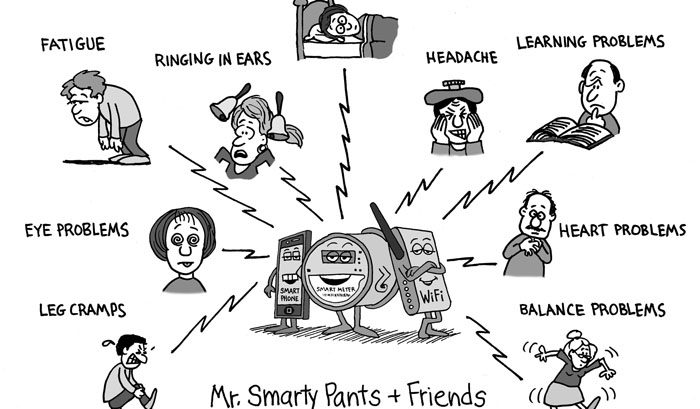 “Electromagnetic fields from power and telecommunications systems, as they are present in our everyday environment, have biological and human health impacts that have not been officially acknowledged. The effects of these fields have simply not been taken seriously enough.” – Dr. Paul Heroux.

Health concerns over EMF radiation exposure (Electro-magnetic-field) is still not seen as a real threat by most Americans.  While it may be easy to ignore the issue and pretend it doesn’t exist, a rapidly expanding literature base on EMF radiation exposure—emergent from cell phones and other electronic devices—proves the serious health impacts of EMF radiation exposure.  The present authors view this causal link between EMF and physiologic detriments as irrefutable. More support for this opinion rests with the official appeal to the European Union [EU], in 2017. The EU appeal was drafted by nearly 200 scientists from all over the world who submitted this: “Harmful effects of RF-EMF exposure are already proven”. Scientists drafting the EU correspondence asked for a postponement in the rollout of 5G until RF-EMF effects on human health are better understood.  The appeal document also cited numerous studies manifesting adverse health  effects from EMF exposure in humans and in animals. Among the deleterious health effects detailed were: DNA/Cellular damage, tumorogenesis, neurologic disorders, sleep derangements, infertility syndromes and more (The full letter can be found in a link at the bottom of the page).

It is appropriate at this juncture to describe the plight of Electromagnetic Hypersensitivity Syndrome (EHS) patients. In a surprisingly large number of people, immediate repercussions are felt from exposure the RF-EMF pollution; quick symptom emergence in the following categories: (i)  migraines / headaches,  (ii) anxiety, and (iii) heart palpitations occurs when EHS patients are exposed to ambient electricity.  Said differently, EHS patients are supremely sensitive to any form of electricity.  This ‘electro-sensitive’ syndrome falls well in line with comparible idiosyncratic drug hypersensitivities, or music or light sensitivities.  There is believed to be roughly 3-5% of the human population that have EHS, but unfortunately, many Doctors and hospitals (especially in America) do not take this to be a legitimate condition and insist that these problems are psychiatric.

Why do American policy makers and corporations continue to ignore the health effects of cell phones?

There are two very simple answers. First, we can all acknowledge that RF-EMF has deep roots in American society…and, RF-EMF is appreciated by many of our citizens for rendering ‘convenience’.  Second, it is correct to point out key financial factors.  Fact: the cellular and wireless industry is one of the biggest industries on America’s –Stocks & Commodoties-markets (Wall Street). In fact, several of the major cell phone manufacturers rake in up to $355 billion per year.  It is instructive to reflect back on topics like the following:
**climate change
** cigarette smoking

True or False:  Do Americans shy away from accepting scientific discoveries about a technology’s side effects because the cost of ‘acceptance’ is daunting in that it would curtail a preferred lifestyle?

Has the Fox been guarding the Hen-House?

One of the biggest problems in the way of bringing this issue into the public’s attention is the lack of quality research by American scientists.  This is because virtually all studies of cell phone safety have funding that is completely or partially dependent upon the major cell phone manufacturers.  With such a brazen conflict of interest, it’s easy to see why studies showing no adverse health effects become published and advertised while those with negative health effects often do not see the light of day and have their funding pulled early on.  While not advertised to consumers (in America at least) literature on EMF health effects and organizations supporting safer technology use are abundant on the internet.  Because America is so behind in our research and concern over EMF fields, a quick google search might not turn up a lot, but by looking a bit deeper at what other countries are doing you can see the international trend that America refuses to follow.  In the sources section of this page we have links to the groups Physician’s for Safer Technology and EMF Scientist.org which are two excellent sites for extensive and credible information on EMF technology and their health effects.

What can be done to combat something so prevalent and accepted in our society?

It may seem impossible to make any real change in an industry so heavily protected by money, lawyers, and the naïve good will of the public, but many countries have made significant efforts to reduce overall EMF exposure and to educate their citizens on the health risks.  All across Europe EMF radiation exposure is taken much more seriously and there is active debate concerning appropriate regulations.  In 2015 France adopted a new law setting tighter restrictions on cell tower manufacturers in order to reduce EMF radiation exposure to the population, and many other countries have similar restrictions put in place.  While we do have some safety measures in place in the USA, they are incredibly lax and are often not based on realistic cell phone usage.

For example, while all cell phone manufacturers adhere to the requirement that their devices not emit over a specific amount of radiation while on a call, the testing process is often rigged in the favor of cell phones being safe.  They rig such a test by measuring the phone’s radiation when it is half an inch to a quarter of an inch away from the measuring device instead of direct contact which is the way most people use their phones.  The difference in radiation from a quarter of an inch to direct contact is shocking.  When placed in direct contact, the measuring device detected nearly triple the SAR coming from the phone (Far above safety regulations) than when held at a minor distance.  Loopholes such as this are unfortunately all too common in cell phone testing which is why it is up to the consumer to educate and protect themselves.

If you are as shocked and concerned about the lack of regulations, warnings, and quality research being done on this issue we have a few recommendations for what you should do: 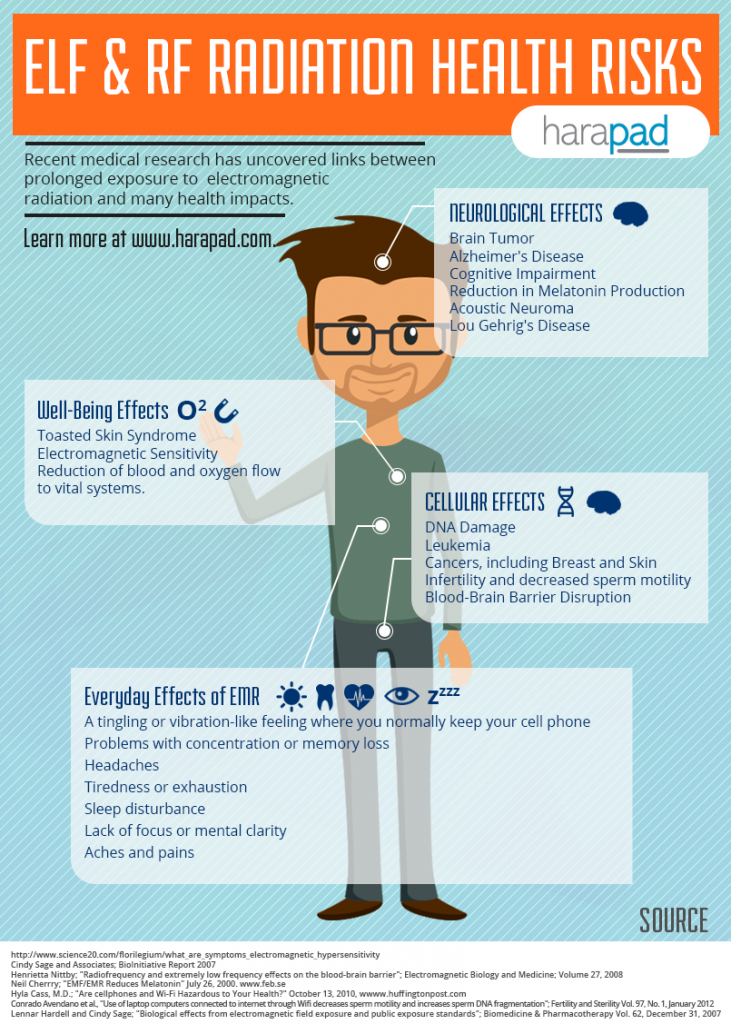